The Horus Heresy is over and the Traitor Legions have scattered, fleeing the wrath of a vengeful Imperium. The World Eaters are leaderless, their primarch missing and their greatest hero, Khârn, in a coma. The surviving World Eaters have turned upon themselves, the Butcher’s Nails driving them to ever greater acts of berserk savagery. Poised on the brink of destruction, the Legion needs a leader. It needs Khârn – but will his awakening save them, or doom them entirely?

This was my first Anthny Reynolds novel. It kicked ass! It was very short for a Warhammer novel (only 247 pages), but it was packed full of goodness. Before I go on I want to add something: 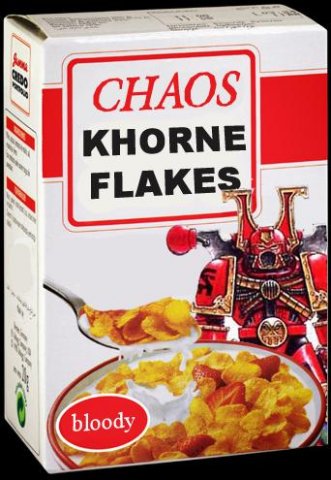 This has nothing to do with the review, I just have been waiting so long to be able to add this  pic into one of them, it cracked me up when I first saw it a few years ago.Today’s review is going to have some minor spoilers, in the form of pictures only. I love the art that goes into all things Warhammer. Khârn delivered some nice additional information regarding the World Eaters:

This was my first book revolving around Khârn and the World Eaters. Anthony did in a few pages what some Warhammer novels can’t do in 400+ pages. He had a great story fleshed out ( literaly) as well as gave me insight as to some history of the XII- and III Legion. Some references were made to what happens (I think) in some of the happenings within the Horus Herecy novels, but even though I’ve not realy dived into H.H, I understood what these guys went through.

World Eaters are tough as nails and after this novel one would understand more about the Butchers Nails. Constantantly threatening to send the members into a killing frenzy and rendering them unable to turn back. Every Legion has a gimmick, the Nails are what make them unique, it is more a curse than it is a blessing that they inherited from their primarch Angron. The novel only lightly informed me of him, but that is fine, becuase this book was not about him, it was about a Legion that needed their champion: Khârn. 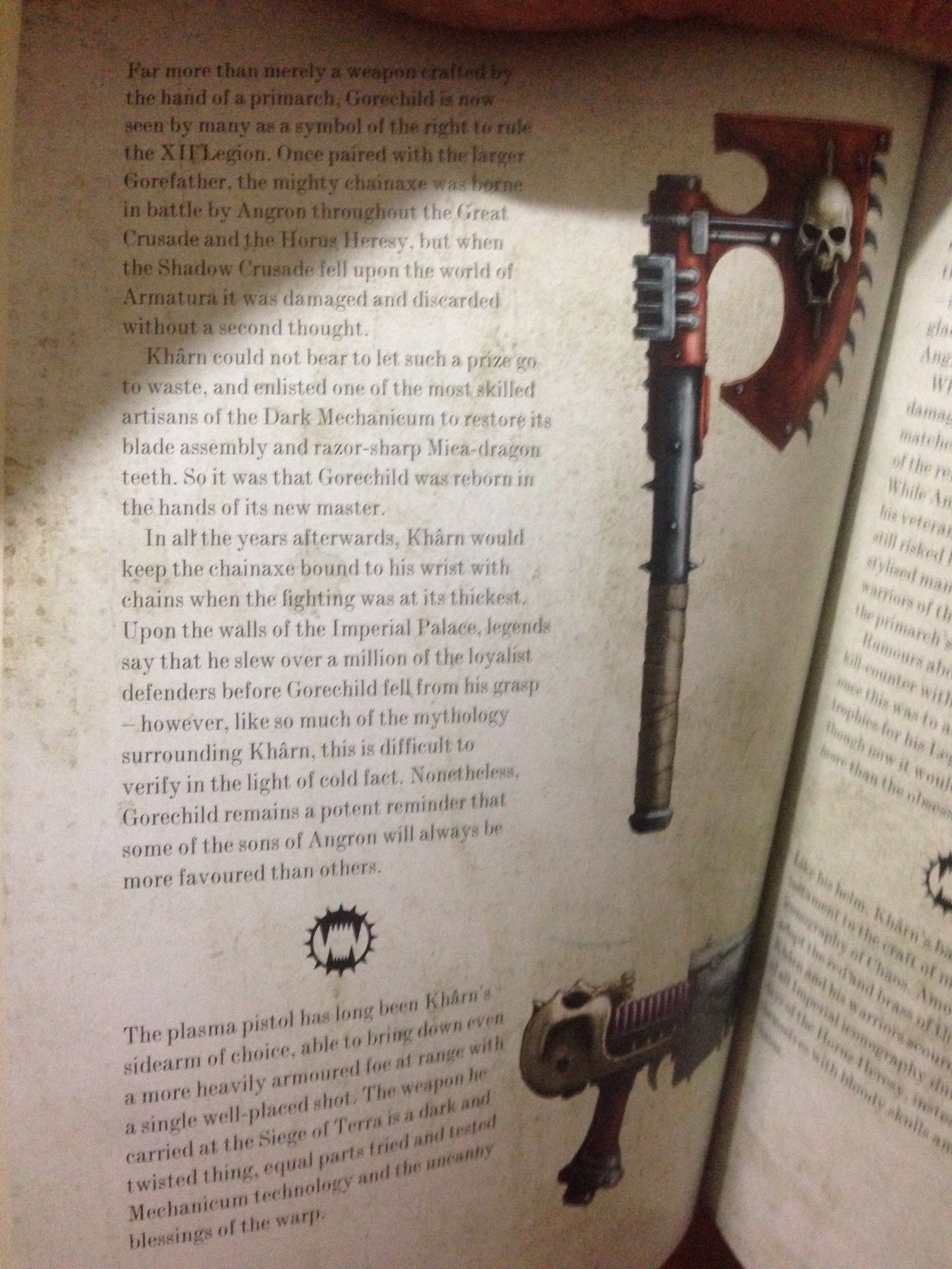 These are Khârn’s basic wargear. I liked hearing, or rather reading about the axe Gorechild, it was like a character on its own. The novel talks about what a legend Khârn used to be. For whatever reason ( I am yet to find out what happened on Terra or Mcgragge), Khârn sits on a throne on his Legion’s battle cruiser The Defiant, in a coma. His Legion are falling appart due to infighting, the Nails constantly want blood and don’t care whose’ gets spilled. The Eaters are followers of Khorne (ah my pic at the top makes sence now) the Blood god and also wants tribute in the form of blood and skulls. This book was not overly bloody or gory, but it had a lot of action and I think I kinda like this legion… “We do not have a apothecary anymore. You killed him remember?” Ruokh’s eye twitched. “That was a fair fight”, he grumbled. “It was till first blood”, said Dreagher. “I only hit him once”, said Roukh. “You decalitated him”. “There was a lot of first blood”, admitted Roukh…

Of what happens in the novel I will not be elaborating on too much, becuase I have an aversion towards spoilers. I gave this book a 5 out of 5 on GR and will recommend it to those who follow they Eight Fold Path (Emperror preserve me…), as well as those who want to read more on the rivalry between Legions of Choas (its not always traitors against those loyal to the Emperror…). This novel was a nice easy read for me and I enjoyed it a lot. Hats of to you Mr Reynolds.

Blood for the Blood god! Skulss for the Skull Throne! 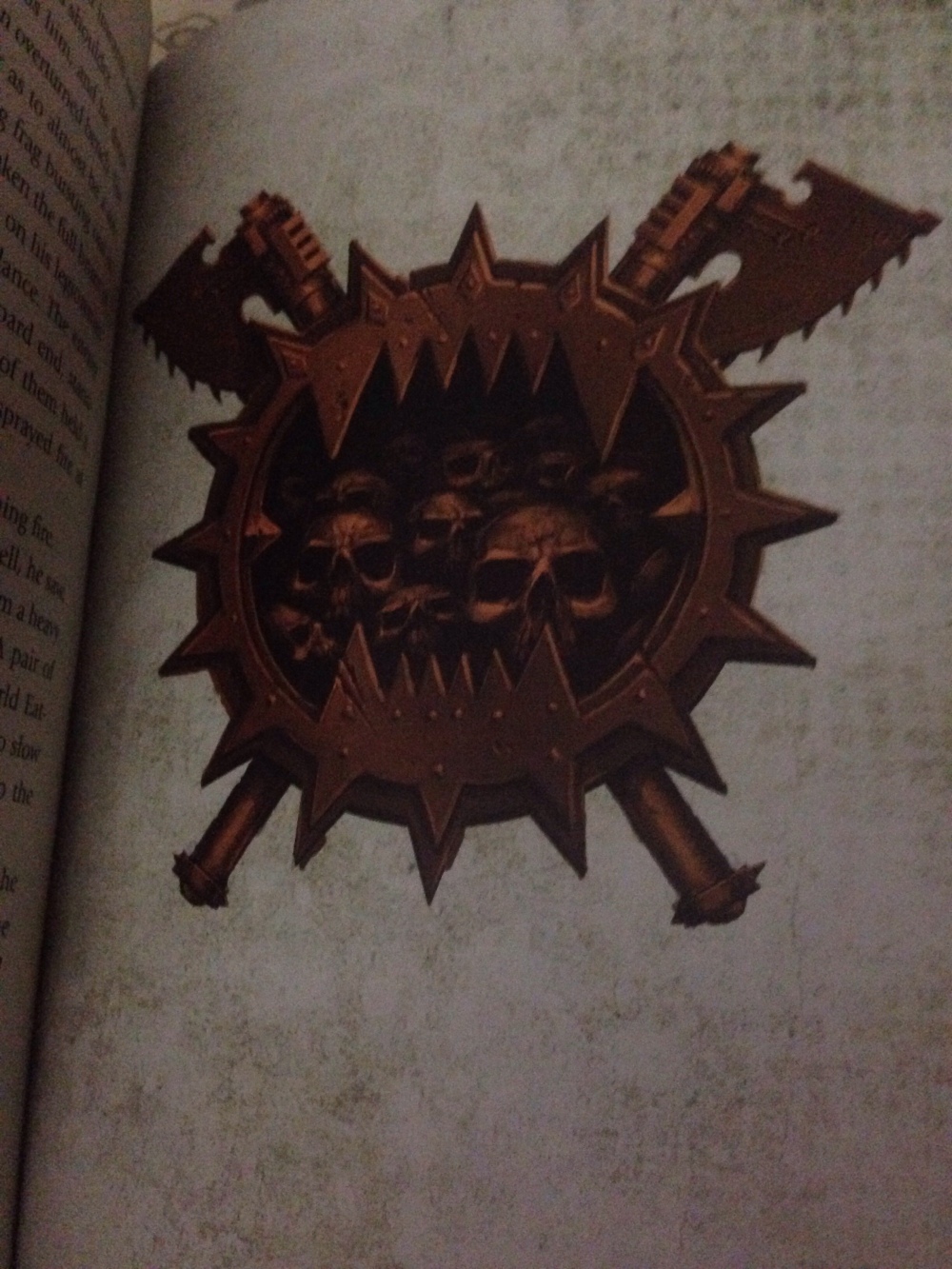